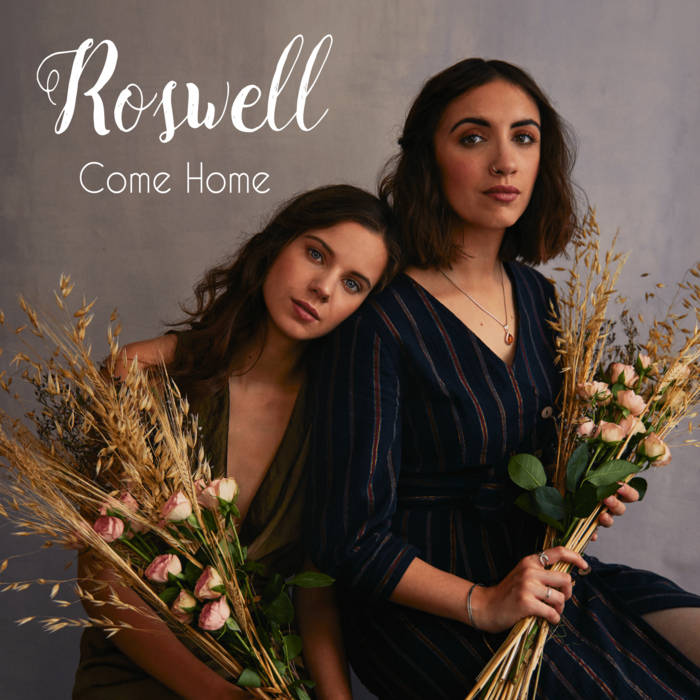 Indie-Folk duo Roswell release their second EP ‘Come Home’ on February 18th. Produced by Dan Wilde, the EP showcases the duo’s trademark intricately woven harmonies with instrumentation that ranges from folk and country to indie-pop, and will appeal to fans of First Aid Kit, Fleetwood Mac and Ward Thomas.

Roswell’s February release tour begins with a sold-out headline show at the Green Note in London and includes The Stables in Milton Keynes, The Shelley Theatre in Bournemouth and The Big Comfy Bookshop in Coventry. ‘Come Home’ features singles ‘Restless’, an upbeat anthem that is part confessional, part protest song and ‘Comfortable Lies’, a tender but catchy ode to an ill-fated love, as well as the folk-bluesy title track, which tells the story of a woman on a solitary journey against the odds.

Harmony-obsessed multi-instrumentalists Zoё Wren and Jasmine Watkiss began writing and performing together after an impromptu Cambridgeshire gig in 2018, and didn’t think that within a year they would have won Purbeck Rising 2018, released their debut EP ‘Remedy’, which won the Fatea EP of the Year Award 2019, and been voted Laurel Canyon Music’s Favourite New Artist of 2019. The duo, who describe themselves as Indie Folk/Americana, have supported John Smith and Gilmore & Roberts, and played main stage shows at Purbeck Valley Folk Festival and Wimborne Minster Folk Festival. They were also invited to Switzerland to play the Fête de la Musique Genève 2019, and will be performing at Costa del Folk in Portugal later this year.

Bandcamp Daily  your guide to the world of Bandcamp